We should give special thanks for our good fortune in having had James Madison as the principal architect of our Constitutional order. It was James Madison who was largely responsible for creating the elaborate system of checks and balances that limits government power, thereby protecting liberty. Those checks and balances are not just horizontal among the executive, legislative and judicial branches; they are also vertical between the sovereign states and the federal government. 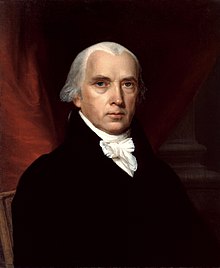 Progressives have spent the better part of the last hundred years trying, and sometimes partly succeeding in dismantling those checks and balances. Now that Donald Trump is President-elect they may wish to reconsider that posture. In a similar vein, perhaps Congress will awaken from its deep slumber and assert itself. And just maybe Trump really will appoint Constitutional conservatives to the Court.

That would be the supreme irony. Constitutional conservatives are less likely to be seduced by the majoritarian impulse. They are more likely to limit, if not roll back, the exercise of government power to the borders established in the Constitution as it was originally written. If so, it would greatly reduce the powers of the imperial Presidency, of which the Trump Presidency would likely be one.

Equally important, a Court staffed by Constitutional conservatives may very well decline to show what has become the Court’s traditional (and indefensible) deference to the bureaucracy. In so doing the Court has served, perhaps unwittingly, as the vanguard of the progressive urge to rule over the commanding heights of economic and social life through bureaucratic rule making.

The bureaucracy has become a de facto 4th branch of government with its own semi-sovereign powers. It legislates when it makes and interprets rules that govern almost every aspect of American life; it has its own administrative courts and its own enforcement powers; it is hopelessly (and deliberately opaque) and it is accountable to no one.

A Court that strictly held the political branches to the powers specifically delegated to them in the U.S. Constitution and cut the powers of the bureaucracy down to size would be a welcome development. Such an event would go a long way toward protecting and expanding liberty in America. Here’s hoping.

This blog has been no friend of Donald J. Trump. And unfortunately, after all the votes were counted, it turns out that our preferred candidate Ben Sasse (R, NE) was edged out by about 63 million votes. It’s always tough to lose a close one. But we will not succumb to Trump Derangement Syndrome, a condition that blocks out all perspective, reducing sufferers to incoherence. The only known cure is to studiously avoid reading the New York Times editorial page. And probably the front page too.

Bearing that in mind, it is difficult to decide which is more amusing: watching progressives become (progressively) more unhinged at the prospect of the impending Trump Presidency, or the self-importance they attach to themselves. All this, even before Trump has tweeted his inaugural address from Mar-a-Lago.

Consider. It wasn’t all that long ago that progressives raced toward their fainting couches when Trump said that he would wait to see the election results before he accepted them. It was, they said, a naked attempt to delegitimize the impending Great Event and Making-of-History, namely, the Presidency of her Ladyship, Secretary Clinton. Since then, to the surprise of mostly everybody, Donald Trump actually won. Meaning the Great Event will not come to pass.

Since then we have been treated to a daily diet of absurdities from the left bemoaning the fact. Prime among them is the “What do I tell my 5 year old daughter?” gambit. How about this suggestion: “We will install an extra nightlight (powered with batteries charged by windmills) to keep away marauding Republicans who wish to flatten and simplify the tax code, while reducing the regulatory burden that the Competitive Enterprise Institute estimates costs consumers about $1.9 trillion annually”. That, along with some price-controlled milk and fair trade organic cookies should calm down any 5-year old.

Then there were the daily post election demonstrations in which people who didn’t bother to vote, decided to denounce the people who did vote. At least until the weather got cold and they got tired of setting cars on fire, all in the name of democracy.

And then there is all that rigging stuff. Trump was quite rightly taken to the woodshed for his idiotic argument that the election was somehow “rigged.” Then when it looked like he had an ever-so-slight chance to win, he proclaimed that the election wasn’t “as rigged as he thought”. Then astoundingly enough, he actually won.

Enter the computer experts. A group of these experts claimed to have found “persuasive evidence that results in Wisconsin, Michigan and Pennsylvania may have been manipulated or hacked”. The persuasive evidence? Clinton received 7% fewer votes in counties that relied on electronic voting machines compared with counties that used optical-scanners and paper ballots. That’s it. No other explanation needed. And based on this “evidence” the scientists are lobbying the Clinton campaign to challenge the results in all three states, all of which she would need to win in a recount to emerge victorious in the electoral college. The respective deadlines for challenges are Friday (Wisconsin), Monday (Pennsylvania) and Wednesday, (Michigan).

Apparently the White House does not want the campaign to challenge the results, but the campaign has not responded to requests for comment. In the meantime Huma Abedin’s sister Heba is encouraging her Facebook followers to lobby the Justice Department to audit the 2016 vote. And Clinton supporters never fail to note she won the popular vote, although not the Electoral College.

And speaking of the Electoral College, Clinton supporters are making two distinct arguments. First, the Electoral College should be abolished in favor of a direct popular vote, something that should never, and will never happen. The second argument currently being pushed is that the Electoral College is not, and should not be, a rubber stamp, but a deliberative body. This argument has prompted Clinton supporters to attempt to persuade enough electors pledged to Trump to vote for someone else in order to throw the election into the House so that a “reasonable Republican” can be chosen instead of Trump.

Perhaps the most absurd reaction of all comes from the fashion world. According to the New York Times, American fashion is “emerging from its shell shocked post-election state….” Diane Furstenberg, chairwoman of the Council of Fashion Designers of America and a Clinton supporter, suggested sensibly enough that the industry “embrace diversity, be open-minded, be generous…and be an example of good”.

Sophie Theallet, a French celebrity designer, will have none of it. In a fairly obvious marketing ploy she publicly announced that she will not dress Melania Trump. In any event, Theallet repeated her earthshaking announcement in an open letter posted on Facebook, Instagram and Twitter, and she invited fellow designers to join in her refusal. Whereupon Tommy Hillfiger joined the fray by announcing that “Any designer should be proud to dress Melania Trump”.

Well, there you have it. The over politicization of almost everything, including the culture, has now reached the point where clothing designers for the rich and famous not only think they have to weigh in; they apparently believe they have something uniquely interesting to say. Which sums up why Trump won.