Well, that was quick. After serving something like 3 weeks in the Trump Administration, General Mike Flynn was 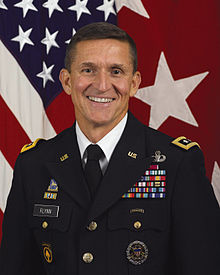 forced out as National Security Advisor. The proximate cause of the ouster was that Flynn misled Vice President Pence about his contacts with the Russian Ambassador in December after the election, but prior to President Trump’s inauguration. According to the New York Times, the Justice Department advised the White House that Flynn had not been “fully forthright” about his conversations with the ambassador.

The FBI had been examining Flynn’s phone calls as more questions were raised about his dealings with Russian officials. The FBI apparently decided that Flynn was subject to blackmail for covering his tracks with respect to what he told the White House. It also turns out that the Army has been investigating whether Flynn took money from the Russian government in a trip to Moscow in 2015. That could be a violation of the Emoluments Clause of the Constitution.

For his part, General Flynn, in his resignation letter, implausibly claimed that he had inadvertently briefed then Vice-President elect Pence with “incomplete information” because of “the fast pace of events”.

Needless to say there are lots of calls for a Congressional Investigation. And predictably enough 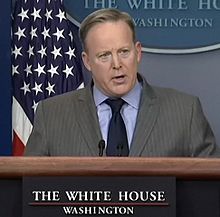 Democrats are asking what did the president know and when did he know it? Plenty of Republicans are wondering as well. According to Sean Spicer,
Trump knew for weeks that Flynn was lying and that after evaluating the situation, Trump asked for Flynn’s resignation. If that is true, it leaves open the question of why a replacement was not already waiting in the wings.

Let’s unpack what is going on here.

For starters, General Flynn was incredibly foolish. He had to know that his contacts with Russian officials were being monitored. (Whether they should have been is another matter entirely.) If it is in fact true that he lied to Pence, he had to go. And if the Director of National Security can’t remember the substance of his conversations with Russian officials, that’s a reason for dismissal as well.

Importantly, we do not know whether Flynn’s behavior was sanctioned by Trump, or whether he went off the reservation, and if so, why.

Leaving aside the apparent violation of protocol (imagine that, a Trump official violates protocol) let’s not kid ourselves about what is going on with the Army’s investigation of Flynn’s financial dealings with the Russian Government. It is a potential test case for the Emoluments Clause, which the Democrats intend to use when they get around to impeaching Trump in 2019 if they take control of Congress in the mid-term elections. Trump being Trump, he seems determined to give them plenty of ammunition.

But let’s not get carried away. Sloppy transitions are not all that unusual. George Stephanopoulos didn’t last very long in the White House briefing room before that responsibility was turned over to Dee Dee Myers, 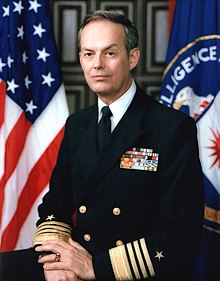 who also didn’t last very long. Mike McCurry finally took over. It took the first Clinton Administration 2 failed attempts to get an Attorney General before settling on Janet Reno. Remember Zoe Baird and Kimba Wood? And that was when the same party controlled the White House and Congress.

Clinton’s first chief of staff, Mack McLarty a childhood friend was appointed in January 1993 only to be replaced by Leon Panetta in July 1994. Then there was the nomination of Bobby Inman as Secretary of Defense in January of 1994 to take over from Les Aspin after the fiasco in Mogadishu that was the subject of the book and later the film “Black Hawk Down”. Inman subsequently withdrew a few days later after a rambling speech on national television in which he attacked imagined enemies. William Perry later took the job.

Once again with the Trump Administration it is worth remembering Napoleon’s aphorism never to ascribe to malice that which is easily explainable by incompetence. Now would be a good time to get a few adults in the White House the way Clinton eventually did when he hired people like David Gergen and Leon Panetta. Otherwise, Trump, who is rapidly being schooled in the ways of the Beltway, stands a not-insignificant chance of being impeached down the road.