“If you cannot convince a Fascist, acquaint his head with the pavement.” ~ Leon Trotsky

“In a stark video showing what appeared to be an assault, a man was shoved and punched in the face at UC Berkeley this week while advertising for a conservative cause at a table on the main campus plaza, police said Wednesday.” SF Chronicle February/21/2019.

“There is a disturbing silence from leaders of the Democratic Party over those gangs of black-masked leftist thugs shutting down free speech and beating people to the ground with clubs at Berkeley.” John Kass — Chicago Tribune August 29, 2017.

As the Democratic Party continues its beeline to the left, Progressives have increasingly adopted the use of force and intimidation rather than persuasion to accomplish their goals. This should come as no surprise given that they have increasingly embraced socialism. As a practical matter Socialism means using the police power, not to protect rights, but to bend the citizenry to the will of the State.

We can turn again to Leon Trotsky who put it bluntly, as usual: “In a country where the sole employer is the State, opposition means death by slow starvation. The old principle: who does not work shall not eat, has been replaced by a new one: who does not obey shall not eat.”

For socialists or progressives (the terms are now virtually interchangeable) individuals do not much matter. Progressives have bigger fish to fry: they are busy constructing a new society and a new man. In this brave new world, to give but one example, biology does not matter because human nature is infinitely elastic. It is so elastic that the term human nature is virtually meaningless. Gender, for instance, is merely a question of preference because there is no natural order of things. In such a world, the strong are justified in exercising their power over the weak to promote what they consider to be the greater social good.

That is always and everywhere the creed of socialists. They may start out talking about individual autonomy and the worth of the individual, but it doesn’t take long for the mask to slip away. Consider the recent de facto legalization of infanticide in some states. Or the near unanimous vote by Democratic Senators, including all the decla 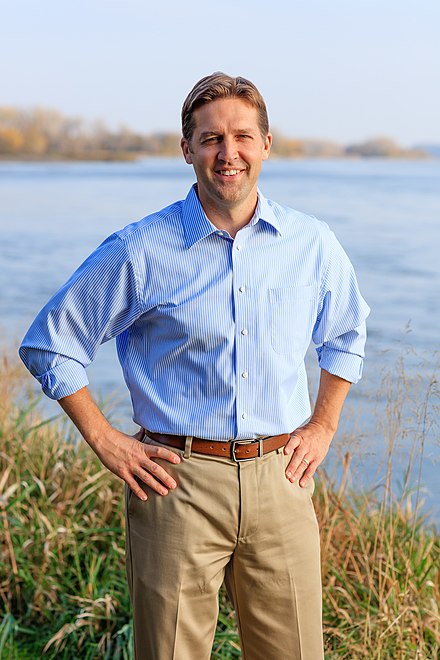 red Democratic Presidential candidates, against Senator Ben Sasse’s Born-Alive Abortion Survivors Protection Act. As reported by the Washington Post, the bill would have required health-care practitioners to “ exercise the same degree of professional skill, care, and diligence to preserve the life and health of the child” as he or she would to  “any other child born alive at the same gestational age.”

Remember, these are already-born, living, babies. The bill would not require medical professionals to take extraordinary measures for babies born alive after a botched abortion.  (Apparently there have been more than a few—see here). It would have simply required them to take the same action they would take for any other baby born at the same gestational age.

In the event, all the Democratic Senators going for the Party’s presidential nomination voted “No”. Here is Senator Kamala Harris attempting to justify her “No” vote, as reported by National Review.

Where to begin. How about with this. First: Why are we pretending this is still about abortion? The baby has already been born. Moreover, Harris—a lawyer and former DA—just glides by the fact that the views of the woman’s priest and spouse (whom she assumes to be the father) have no legal standing whatsoever. It is the woman’s choice, and her’s alone according to Harris, even though the baby is already born and living. If the woman orders the doctor not to care for the baby, the child will simply be left to die. There will be no legal consequences.

That is what Harris and her fellow Democratic Senators voted for. It is, quite simply, grotesque.

The raison d’être of Liberal, as opposed to Authoritarian, Government is to protect rights, especially the rights of the most vulnerable. That is why government, in a Liberal system, has a legal monopoly on the use of violence. It is to protect. But here we have Kamala Harris and her colleagues voting to privatize the legal use of violence to kill newborn infants. In so doing, she commits not only a grave injustice against those children who will be left to die; she attacks the very foundation of ordered liberty which necessarily depends on unalienable rights and the rule of law.

The Washington Post began to print its slogan “Democracy Dies in Darkness” at the top of every page in February of 2017. They may have it wrong. Liberal democracy is dying with the lights turned on at full power.